German Ambassador: The world should hear of your position
A delegation of the heads of the Rabbinical Congress for Peace, led by Rabbi Joseph Gerlitzky, Rabbi of central Tel Aviv, Rabbi Avraham Schreiber, rabbi of Shavei Shomron, and Rabbi and Yirmiya Cohen, a Chief Rabbinical Dayan in Europe and Jerusalem, met this week with Germany’s ambassador to Israel, Susanne Vassum-Rainer.

The rabbis presented the Ambassador with the Halachic ruling based on the universal value of the sanctity of life that it is absolutely forbidden to enter negotiations on an Israeli withdrawal from territories presently under its control. “Past experience has proven without a shadow of a doubt that any withdrawals only embolden the terrorists to increase terrorism and instability in the region,” the rabbis said. The rabbis requested that the Ambassador convey their message to the German government.

Ambassador Wasum-Rainer admitted that this was the first time that the Torah view had been called to her attention and recommended that it be brought to the attention of world public opinion too, however, she said, that her government does not take sides in the conflict. She said that she feels that the Palestinians are entitled to their own independent state as well. Rabbi Gerlitzky responded, “there are millions of Muslims in Germany, and no one thinks of granting them autonomy there.”

Rabbi Yirmiyahu HaCohen showed the ambassador original archaeological findings that prove beyond any doubt that the Jewish people have been in Israel from time immemorial and there is no room for debate on the subject.

Rabbi Schreiber talked about his close rapport that he had with Arabs of Gaza when he served as a rabbi in Gush Katif before the disengagement. “It is clear,” he said, “most of the Arab residents in Gaza were against the disengagement because they do not want to live under Palestinian rule. They enjoyed more freedom and prosperity under Israeli rule.”

The ambassador expressed great interest in what the rabbis had to say and promised to convey their message to senior officials in the German government.

Ambassador Wasum-Rainer and her staff were impressed that the rabbis are not affiliated with any party or any political body, but solely articulated the Torah view on the matter out of genuine concern for the peace and safety of the people in Israel. 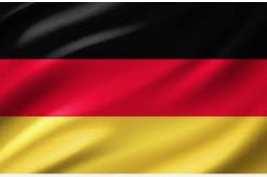