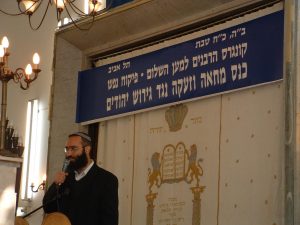 Tel Aviv – The Rabbinical Congress for Peace (RCP) which is comprised of over 400 rabbis has issued a statement slamming the government for its complacency in dealing with the burning kites attacks from Gaza.
“It’s appalling to see how the government is repeating the same fatal mistake that has led to so many casualties and victims in the past. Every time that we show restraint in dealing with terrorists it does not take long before we discover that it becomes a tailwind for far worse and increased terrorist attacks.
Rabbi Abraham Shreiber, the Rabbi of Shevei Darom where a burning kite fell on one of the rooftops and causes extensive damage this past weekend, warned that these kites are extremely dangerous, not only do they destroy the agriculture in the area but by a miracle no one was killed.
“This is exactly what the Jewish Code of Law in Orach Chaim Chapter 329 meant when it ruled that “when intruders want to enter a Jewish city on the Sabbath even for a minor and trivial reason, even though the meticulous observance of the Sabbath as a day of rest is one of the most cherished of all Jewish religious obligations, nevertheless, the Jewish Code of Law rules that we are committed to take up arms and repel their attack for otherwise the entire land will be easy for them to conquer.”
The rabbis expressed disgust over Minister Tzachi Hanegbi’s statement “we’re not worried about the burning kites.” “You should be worried,” said Rabbi Joseph Gerlitzky, Chairman of the RCP, “Have you forgotten what some MK’s said 10 years ago when the terrorists shot mortar shells from Gaza that they were only “pieces of tin” and there’s nothing to worry about. It is time that the government follow the Talmudic adage ‘one who comes to kill you should know he will be killed first’. Burning kites are not only playing with fire but it is playing with lives and endangers the peace of the land,” he said.
For further details contact Rabbi Lewin – 0508-563-992