RABBIS SENT TELEGRAM TO PRESIDENT TRUMP: “THERE IS ONLY ONE WAY TO REACH PEACE, ALL OTHER WAYS HAVE BEEN TRIED AND FAILED MISERABLY
Tel Aviv – Following Chairman of the Palestinian Authority, Mahmoud Abbas’ meeting with U.S. President Donald Trump last Monday, the Rabbinical Congress for Peace (RCP) sent a telegram to President Trump telling him that the “land for peace” formula is not only an exercise in futility but a formula for terror and a catalyst for de-legitimization campaigns and international boycotts of Israel.
The RCP, which comprises over 380 prominent rabbis and rabbinical judges, wrote Mr. Trump that “we deeply appreciate your desire to reach a durable peace agreement between Israel and the Palestinians, as King David writes in Psalms: “seek peace and pursue it.” However, the last 25 years have proven that the land for peace formula is an exercise in futility, a formula for increased terrorism and a means of pushing peace further away.
Any negotiations based on Israeli territorial concessions, especially for the creation of a Palestinian state, will only embolden our enemies to strike at us with further determination – both through terror attacks, and international anti-Israel campaigns and boycotts.
Our Sages predicted this hundreds of years ago. They discussed it in the Talmud and eventually codified in the Code of Jewish Law. To their mind, surrendering land to enemies will not lead to peace, but to increased bloodshed.
If the U.S. truly wants to serve as an effective mediator between Israel and the Palestinians, the starting point must be the understanding that Israel will not relinquish an inch of the land currently under its control, and that a Palestinian state will never be established within Israeli borders. This is the only formula which will bring a true and lasting peace to the region. Every other formula has been tried, and failed miserably.
In anticipation with the President’s upcoming visit to Israel, the Rabbis concluded their telegram with a heartfelt Baruch Haba (Welcome) and best wishes for success in his noble efforts to bring a true and durable peace to the region 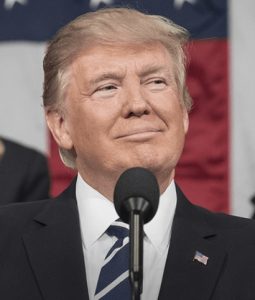